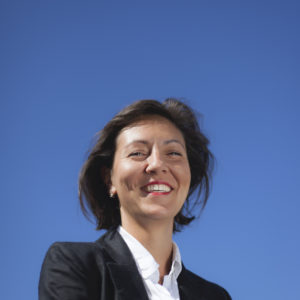 As a producer Klara made her debut with the documentary gangster film HELENA´S LAW which had its premiere at the Jihlava International Documentary Film Festival.  She was responsible for the travelogue film essay BLIND GULLIVER with its premieres in Jihlava and at the Flahertiana in Perm. She graduated in Producing (FAMU) and in Film Studies at CU´s Faculty of Arts. Klára participated as an Executive Producer on the GOTTLAND project based on the literary work of Marius Szczygiel and as a production manager on the JOURNEY TO ROME feature film. She also worked on the documentary feature film OBSCURANTIST AND HIS LINEAGE by Karel Vachek and the TV series about the National Film Archive entitled ARSENAL. Currently she is in post-production working on COMMUNISM, a mammoth political film essay by the legendary Czech New Wave director, Professor Karel Vachek. Klára also has a documentary at the the develpment stage ADAM EAST and REBECCA WEST by the Czech-Slovak film-maker Adam Oľha.